I’ll admit it. I was very skeptical. I’d heard about raw food diets over the years from fellow German Shepherd Dog owners who’d swear that their special raw combination was the healthiest combination for their dogs to experience less gastrointestinal upset, increased energy levels, and even shed less (insert “German Shedder” joke here). When I’d inquire about their recipe and preparation I’d be presented with an extensive list of expensive items and an exhaustive process leaving me with dollar signs in my eyes and the impression I would never have the time to provide a raw diet for my pooch regardless of the potential benefits.

Enter Steve’s Real Food. During a recent dog food consultation with Missy from Solid Gold Northland Health Products for Pets it was recommended that I add Steve’s raw frozen beef patties to my dog’s diet. Missy knew that I’d had much success feeding my ninety pound German Shepherd Dog, Kaia, Solid Gold’s Barking at the Moon kibble as it’s the only food she’s ever eaten that keeps weight on and doesn’t cause stomach upset. When I asked about quantity and price for a large dog Missy suggested supplementing some of her Barking kibble for some of Steve’s frozen beef as it’s a wonderful way to add important nutrients and enzymes not found in dry food into her diet while still being economical. She also said raw food is perfect for dogs with sensitive stomachs making transitioning easy. I let her know how hesitant I was about trying the raw food. I was sure it would result in a huge, runny mess. Missy suggested that if that was my only hesitation to also mix in some of Diggin’ Your Dog’s Firm Up! Pumpkin supplement for added fiber and digestive health. I still had my hesitations but realized I didn’t have anything to lose and in the end this could be a big win for my dog. I purchased the suggested items and headed home excited and hopeful.

Dinner time arrived. I grabbed Kaia’s bowl, her Barking at the Moon kibble, Firm Up! Pumpkin, and the large Steve’s beef patty that’d been thawing in the fridge for a few minutes. I began my preparation by measuring out the kibble as usual (minus ¾ cup for the raw addition), eyeballed an appropriate amount of Firm Up! Pumpkin, and broke up the Steve’s patty into smaller chunks. I poured some hot water over everything and stirred up the mixture. I noticed Kaia out of the corner of my eye growing increasingly impatient, her nose sniffing out the new ingredients.

Typically, I show her her bowl and ask if she’d like it and she knows to sit and give a little “woof” in response and wait until I release her to eat. This time I held out the bowl for her to smell and as I pulled the bowl away to wait for her response, she uncharacteristically stood up on her hind legs shoving her nose back into the bowl! She couldn’t help herself! After redirecting her back into a sit she started high-pitched, whiney barking as if to let me know she couldn’t wait much longer. I set the bowl down, released her and watched her quickly gobble up the contents of her bowl in record time. Kaia has always been a good eater but never this interested in her food. She literally licked her bowl clean!

I was rather impressed but knew that the next 24 hours would be the real test: could her sensitive GSD stomach handle the new food? Fast forward to the following afternoon. I arrived home from work and took Kaia on her walk. She stopped to complete her business while I contemplated whether or not I brought enough bags to pick up what was sure to be a runny disaster. I looked down…it was SOLID! I was flabbergasted at the miracle before me!

I am proud to report that in the past week Kaia’s stool has remained firm, her coat has become noticeably more lustrous, and she’s still eating her food with the same level of voracity. I definitely plan on keeping Steve’s Real Food as a part of Kaia’s diet. The only question is which of the four raw frozen varieties should she try next?

“Our dog loves the food. Has for years, since Dawn and Ed sold in a small store close to our home. Thanks for the special deal. He loves the garlic bagels!” 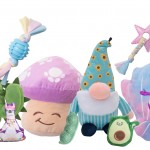 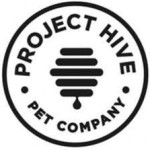